We believe that every child deserves a bright future

Our goal is to help as many vulnerable children disadvantaged by circumstance and impacted by HIV to reach their full potential. With the support of our partners, donors and volunteers, we make sure that each day, one more child goes to bed with a full tummy, stimulated mind and supported heart.

We believe that every child deserves a bright future

Our goal is to help as many vulnerable children disadvantaged by circumstance and impacted by HIV to reach their full potential. With the support of our partners, donors and volunteers, we make sure that each day, one more child goes to bed with a full tummy, stimulated mind and supported heart. 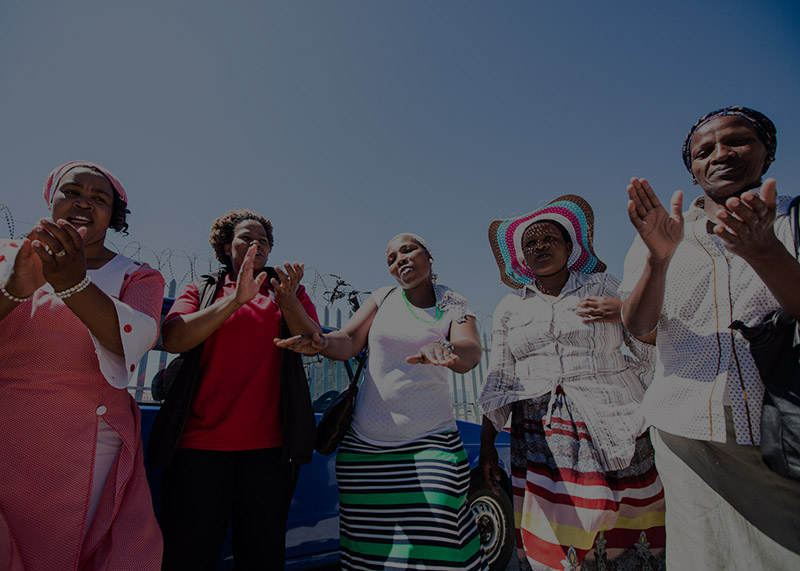 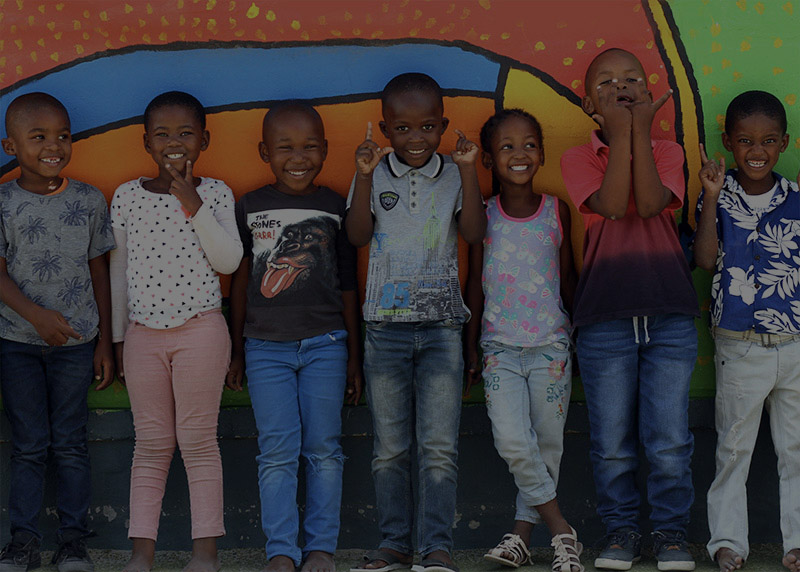 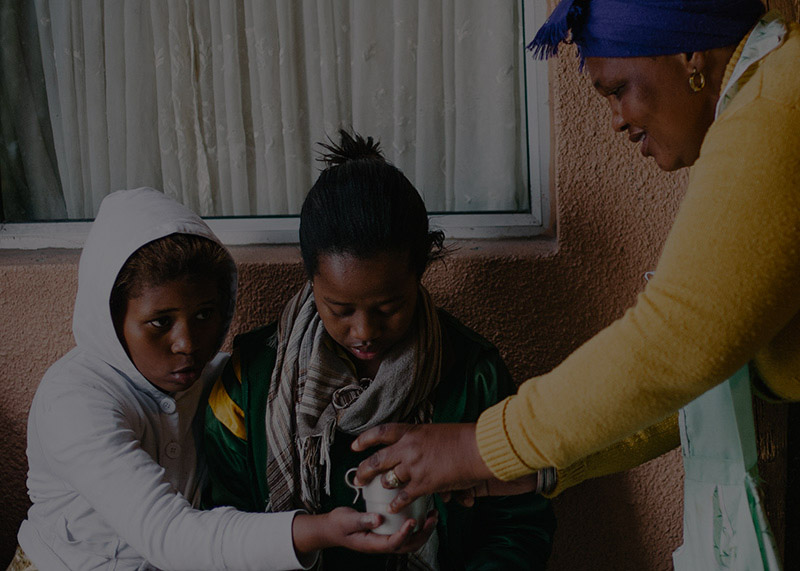 Yabonga Children’s Project was founded in 1998 by Ursel Barnes and Ulpha Robertson. The initial project supported women running creches in their backyards, by introducing an educational programme to better prepare children for formal schooling.

By 2001, Yabonga was introduced to the plight of pregnant women who believed their deaths were imminent. In 2004, the first of twelve Yabonga HIV Support Centres was opened on the premises of a community clinic.

In 2006 the programme for Orphans and Vulnerable Children was launched with 35 children. By 2021, the number has grown to 1200.

In some of the poorest communities in Cape Town and its surrounding townships, women would open their homes to children who had nowhere to go and no one to look after them.

In 1998, Ulpha Robertson and Ursel Barnes began to offer training to these women so that they could introduce an educational component to the day while overseeing the children they were tending to. Once the women completed a basic course in educare, and showed an interest to implement the theory, Ulpha and Ursel assisted them with the infrastructure needed to qualify for state grants.

Ulpha and Ursel were advised to start an orphanage for babies in Khayelitsha. Within just a few months, the orphanage was full with 16 abandoned babies. Perplexed by the matter, Ulpha and Ursel wanted to understand the circumstances under which these 16 babies had been abandoned.

Their investigation led to meeting the mothers of the children, all of whom had handed their newborns over to social workers. Appointed by the state, these social workers were tasked to monitor the progress of the newborns as they formed part of a trial of the government’s Nevirapine programme for women testing HIV positive during pregnancy.

Without medical care offered to them, the mothers, whose deaths were imminent, felt that their babies would be better off at the orphanage.

As mothers themselves, with knowledge of the development of young children, Ursel and Ulpha knew that despite the dire circumstances of these new mothers, it would be best for the babies if they were in the care of their mothers, rather than in an orphanage. And so, in 2000, with these 16 mothers, a programme of education, care and support for women living with HIV began.

Back then there was no medical support for people living with HIV. Many lost their lives, and the unfortunate consequence of this was countless children left behind. In response to this, the Yabonga fieldworkers reported a need for a support programme for orphans.

Ursel and Ulpha were hesitant to start this as they knew that unlike programmes for adults where they could stipulate a timeline, it would be impossible to do so with children. While they debated how best to address this challenge, the children of the women that had been lost to HIV/AIDS started arriving at the Yabonga HIV Support Centres which had been established at 12 community clinics.

A grandmother who had lost her daughter to HIV/AIDS and who had received support from Yabonga, visited the support centre to offer thanks and found children milling around. She offered to take them to her home for a cup of soup and a slice of bread.

And so began the Yabonga Community Mothers program. With this program, a mother from the community cooks a warm meal for 20-25 children, five days a week. Now, Yabonga currently has 40 mothers and 1200 children in this program.

In 2018, Yabonga celebrated two decades of working in impoverished communities, forming partnerships with clinics, schools and other community-based structures. For more than 20 years, Yabonga Children’s Project, its staff and volunteers, have successfully helped the lives of countless mothers, children and community members impacted by poverty and HIV/AIDS.

We have trained over 1000 women living with HIV to be peer educators, lay counsellors and agents of change. We currently employ 110 of these women, while 80% of our staff are living with HIV and serve the communities where they live.

To create a comprehensive model of care that stimulates healthy emotional, social and academic development for vulnerable youth in South Africa.

To enable youth who have been disadvantaged through socio-economic circumstances and the impact of HIV to reach their full potential. 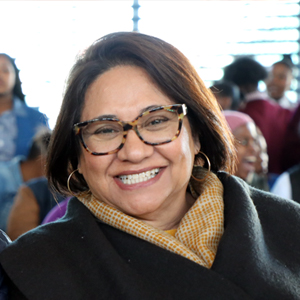 As a founding member, Ulpha has led Yabonga since its inception. Her training as a teacher and experience in working in some of the poorest communities gives her insight into how much needs to be done to improve the plight of our children.

“As a mother, daughter, friend, and especially in my role at Yabonga, I believe in, and live by the notion that when one uplifts a woman, one uplifts a family. We have to do this for our children.” – Ulpha Robertson 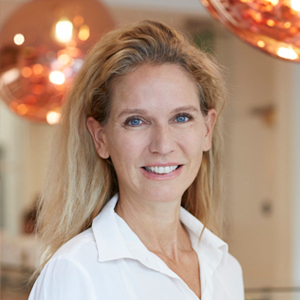 Ursel was born and raised in West Berlin and left Germany after the fall of the Berlin Wall. After studying finance and working at a hedge fund in Austria, she came to South Africa in 1997 with her two small children and started Yabonga. The post apartheid division reminded her of Berlin and the efforts to re-unite. Ursel now lives in England with her husband and four children. She holds a PhD in Finance and a MSc in Coaching and Behavioural Change.

“Yabonga uplifts, empowers and rebuilds where families have broken down due to HIV and AIDS. Education and a safe environment create the opportunity to escape the cycle of poverty and disease. Yabonga enables youth to make better choices.” – Ursel Barnes 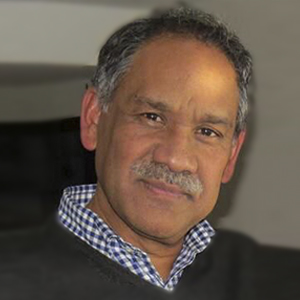 Sharmil over sees Yabonga’s finance operations as finance director. He’s inspired by the Community Mother Programme, where ordinary disadvantaged mothers open their homes to care for and feed the children.

“I believe in equal opportunities to release the talent in all children.” – Sharmil Isaacs 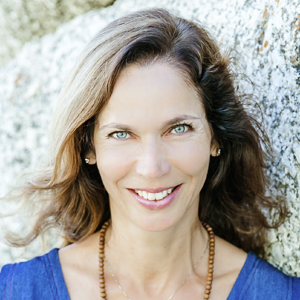 A business and life coach, Antje supports Yabonga as a non-executive director with strategy, donor relations and staff wellness.

“Children have a right to dream, no matter who they are, and where they are from. We make this possible.” – Antje Berlin 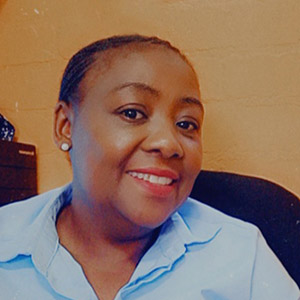 Nontembeko was recruited as a Yabonga Peer Educator in 2004. Determined to grow, Yabonga assisted her in becoming a social worker whilst working as our Training Coordinator. Since graduating she has worked at the Department of Social Development and Desmond Tutu HIV Foundation.

“Domestic violence is a big issue in our communities. At Yabonga we empower women and children to speak out to make a difference.” – Nontembeko Ndevu 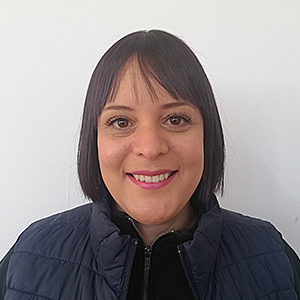 Before stepping into the role of Operations Manager, Martine spent four years in administration and fundraising at Yabonga. After another four years of streamlining the operations between head office and more than 50 satellite stations in eight areas, Martine took on the position of General Manager.

“Working at Yabonga has been an eye-opening experience. Our beneficiaries’ lives are forever challenging and yet they adapt and remain resilient. Every day I am inspired to be more versatile and forward-thinking.” – Martine Katts 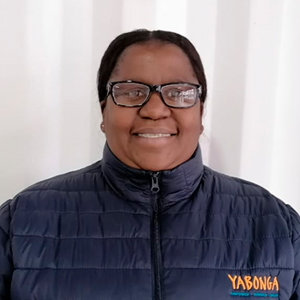 Phindeka joined Yabonga as the Children’s Centre manager. Her vast experience includes supervising a care centre for children with special needs and working as a matron of a college residence.

“The Children’s Centre is a place of hope and assistance. I am so happy to be playing a part in empowering this community.” – Phindeka Mini 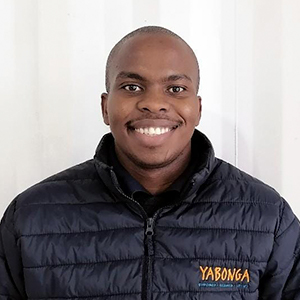 Manqoba is a graduate of the University of Cape Town. Yabonga is his first social work position. He brings great energy and a fresh, positive approach to the programmes.

“Working at Yabonga gives me a daily opportunity to be part of the change I want to see in our communities.” – Manqoba Mdamba 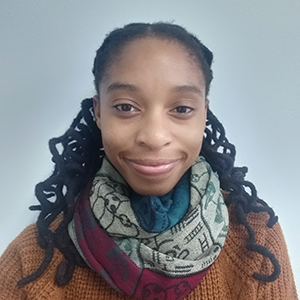 Newly graduated from the University of Cape Town with consistent academic excellence and member of the Golden Key Honours Society. She is passionate about allowing beneficiaries to find their own voices.

“Working at Yabonga has taught me that everyone is an expert in their own lives. This has led me to empower people by giving them a sense of control over their life choices.” – Faith Xintolo 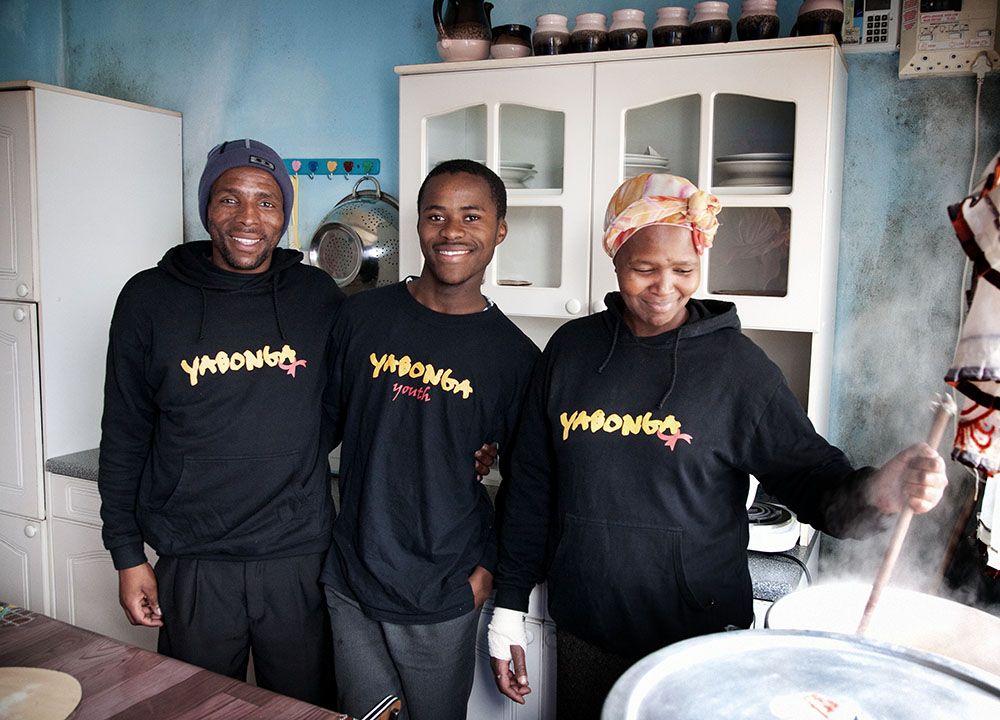 STAY UP TO DATE WITH YABONGA CHILDREN’S PROJECT.

When you submit your name and email address, you are consenting to receive marketing emails from Yabonga Children's Project. You may unsubscribe at any time.

As promised, an update on the end of the year part

Join our mini activists! For the last 12 days our

When you join Yabonga,
you join a family for life

When you join Yabonga,
you join a family for life

We use cookies on our website to give you the most relevant experience by remembering your preferences and repeat visits. By clicking “Accept All”, you consent to the use of ALL the cookies. However, you may visit "Cookie Settings" to provide a controlled consent.
Cookie SettingsAccept All
Manage consent

This website uses cookies to improve your experience while you navigate through the website. Out of these, the cookies that are categorized as necessary are stored on your browser as they are essential for the working of basic functionalities of the website. We also use third-party cookies that help us analyze and understand how you use this website. These cookies will be stored in your browser only with your consent. You also have the option to opt-out of these cookies. But opting out of some of these cookies may affect your browsing experience.
Necessary Always Enabled
Necessary cookies are absolutely essential for the website to function properly. These cookies ensure basic functionalities and security features of the website, anonymously.
Functional
Functional cookies help to perform certain functionalities like sharing the content of the website on social media platforms, collect feedbacks, and other third-party features.
Performance
Performance cookies are used to understand and analyze the key performance indexes of the website which helps in delivering a better user experience for the visitors.
Analytics
Analytical cookies are used to understand how visitors interact with the website. These cookies help provide information on metrics the number of visitors, bounce rate, traffic source, etc.
Advertisement
Advertisement cookies are used to provide visitors with relevant ads and marketing campaigns. These cookies track visitors across websites and collect information to provide customized ads.
Others
Other uncategorized cookies are those that are being analyzed and have not been classified into a category as yet.
SAVE & ACCEPT